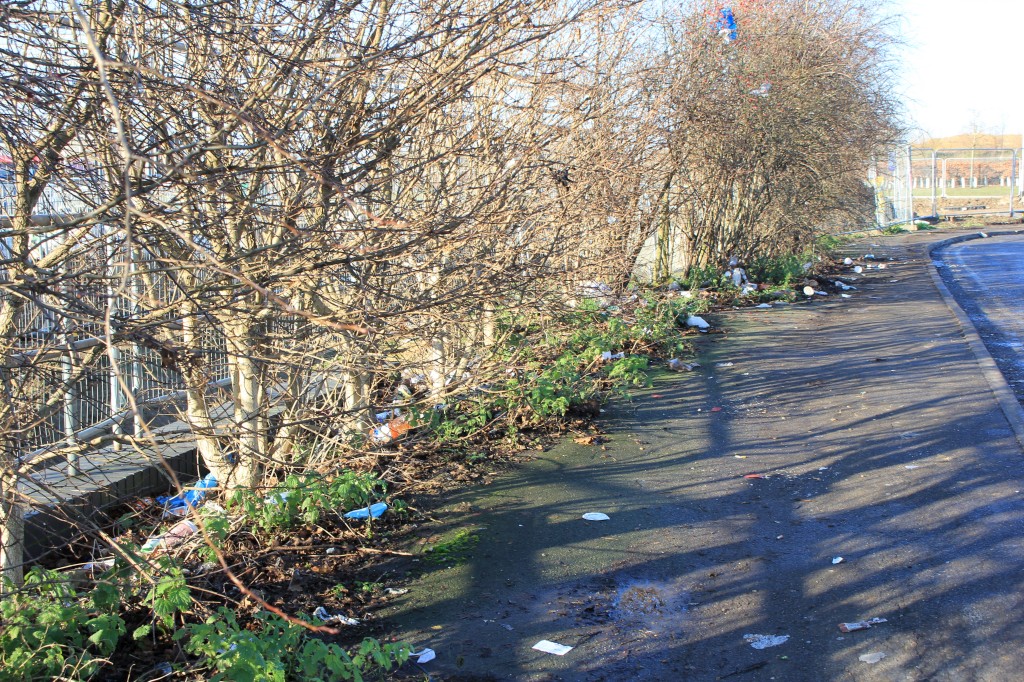 This story comes from the west of Eye, from the service area that contains the Esso Petrol Station, Morrisons and KFC. We previously covered litter from the other service area to the east of the village of May last year. I was notified it was a bit grotty so I took a look myself while I was visiting the nearby Peterborough One Retail Park. The area in question is to the west of the service station, it is an area where customers regularly stop after visiting the fuel station and KFC. 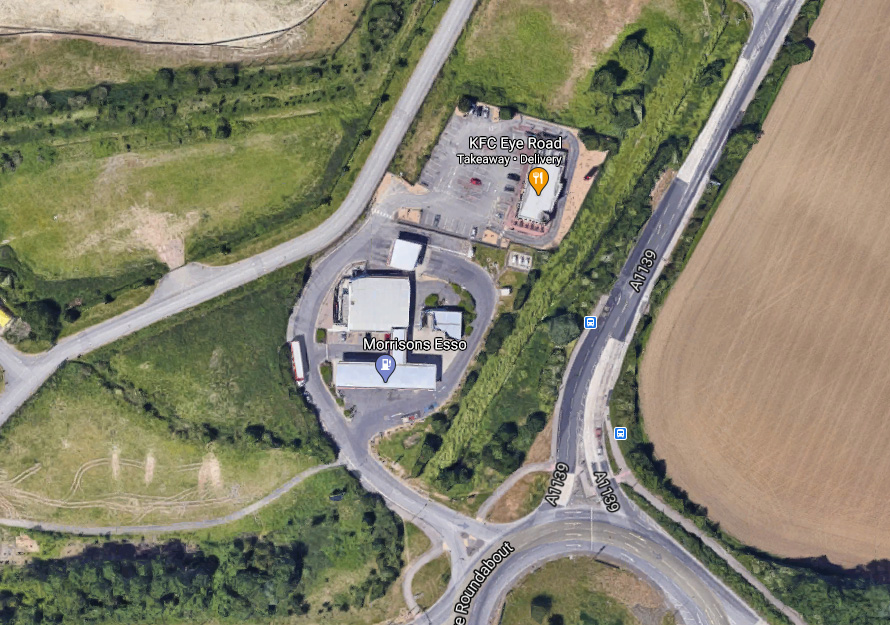 The main companies that are involved are:

These are all big companies so I hoped they would easily be able to rectify the issue, whoever owns the land. The service station is actually owned by a company called Rontec. Rontec say they are one of the leading players in the forecourt industry, operating 260 roadside retail forecourts across England and Wales under the Esso, BP, Texaco and Shell brands so they should know their stuff.

The photos below are the original photos I took at the start of January, they are not for the faint-hearted.

After realising this is more than just a couple of crisp packets I contacted both Morrisons, Esso and KFC. At the time I didn’t know that Rontec was the owner of the garage. Cutting to the chase the responses were:

So far then no-one so far is taking responsibility despite the majority of the litter coming from the establishments on site. While I understand that the issue is caused by members of the public not disposing of their litter correctly, not the companies themselves, there’s not really and excuse for letting it get like this. So I contact Rontec who say they will investigate the matter which is great news. I did say that locating a bin there may mitigate some of the issues but that may be a step too far for them.

On the 15 January I get another email from Rontec: “Following the Area Managers investigation, we found that there were some people parked there from the weekend that had dumped rubbish from their vans/ cars. Please accept our apologies regarding this. Please be advised, this has now been rectified and cleared.” This is a great result so I leave it a week or so before going and checking, I’m always happy to give the benefit of the doubt even though some of the litter was covered by leaves and had faded labelling. I also understand we are still in the middle of a pandemic and these things take time.

Now remember these are multi-million-pound companies, it shouldn’t take more than pocket money in their terms to clean this to a decent standard and put in a regular cleaning schedule. With the environment quite high on the agenda you would think that they would be happy to change this into a good news story which I was hoping this would be. I’ll let you make your own mind up from the photos below to see if things have improved. I was saddened but not surprised. 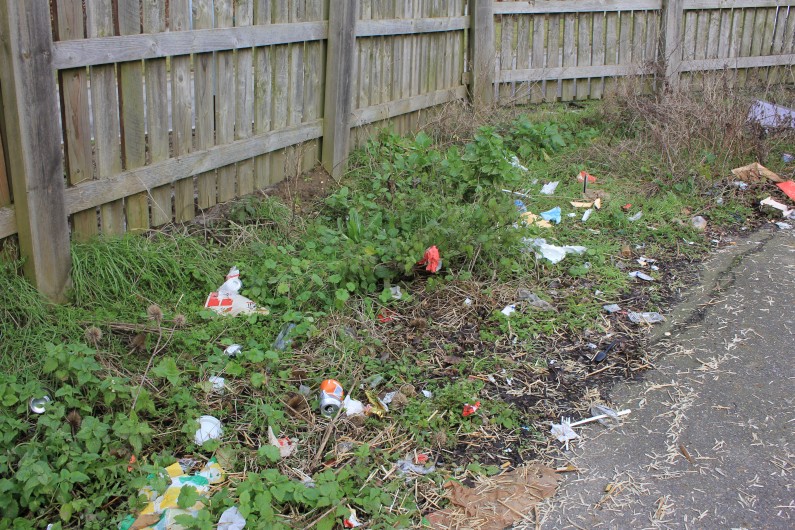 So the questions are does anyone really care about issues like this? I’ve checked out some of the other service stations in the area and this is definitely one of the grottiest. So what can be done next? Please let me know in the comments below or contact Rontec.

One thought on “Litter: the story continues…”