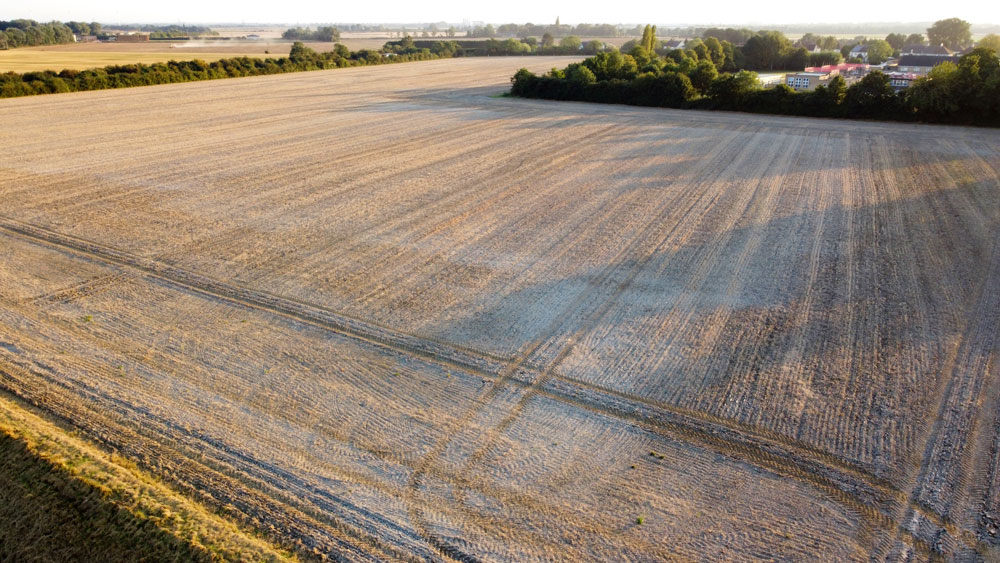 Well, where do we start on this debacle of democracy…

Tanholt Farm development or LP39.7 as it’s known in the local plan actually dates back to the previous local plan. Part of the area was submitted but was removed before the plan was approved. The previous plan was supposed to run until 2025 but when national planning guidance changed the council had to withdraw the previous local plan and implement the one we have now. The Tanholt development was put forward as site LP39.7 in the plan which was approved at a full council meeting in July 2019. There has been constant feedback to the planning process, that the estate is too big for the village since before the local plan was approved, but very little changed. Some may say this is just another example nimbyism, but this is the single largest estate approved for development in the history of the village and Eye has already had more new residential housing than any other village in the Peterborough area.

As previously reported in 2018 at a council meeting for the local plan there was a dismissive response from Conservative Councillor Peter Hillier to Councillor Allen’s concerns on the impact of the new estate: “Councillor Allen mentions current gridlock, I mean to be honest Councillor Allen if we didn’t have successive and successful local plans you’d really appreciate what gridlock really is.” As said at the time the A1139 is pretty much gridlocked every rush hour. Peter Hiller’s Ward which includes the villages of Castor, Ailsworth, Glinton and Northborough has a grand total of 14 homes in the local plan.

As one resident said: “It seems the only way to make your opposition heard is to vote for any party than the ruling one at local elections, responding to planning applications gets you nowhere.” and there’s no getting away from the fact that the Tanholt development was included for housing in the local plan under the Conservative’s administration of the Peterborough City Council. Before the local plan went to full council for approval the site could have been removed or at least reduced in size, it wasn’t. Once approved in the local plan very little could be done about it. And it is unfair to blame our local councillors for this, while they could have voted against the local plan it wouldn’t have made any difference to the result. Eye has seen almost 15 years of continuous growth, as a village we need time to absorb newcomers, constant growth isn’t conducive to a strong community

The land to the west of dyke, around the school, that runs through the plot is currently owned by:

So at least the money is going to good causes although that doesn’t really help the village. It’s likely that these charities own the land because it was bequeathed to them at some point. The land to the east, south of Sandlewood Drive and Pioneer, is currently owned by:

The Planning and Environmental Protection Committee approval of Tanholt Farm

On the 25 January, Peterborough City Council’s Planning and Environmental Protection Committee approved the outline planning application for the 13.1 hectare, 265 home development off Eyebury Road in the village. Despite over 300 objections including objections by the Parish Council, the development was recommended for approval by the Council’s planning department.

Ward councillor Nigel Simons and resident Dale McKean both gave representation at the meeting. Also attending was Chris Dwain, Planning Director at Allison Homes who was there on behalf of the building company. Allison Homes have recently taken over Larkfleet.

One thing that stuck with me was the fact that he started his talk by thanking the officers of the council for the collaborative approach that afforded the development in getting to this stage. When the officers are working with the developer so they will get approval, what hope is there for residents?

After Chris Dwain finished his piece the committee discussed the planning application and it then went to vote:

Councillors who voted against it:

Councillors who voted for:

Cllr Richard Brown, ward councillor for Eye, Thorney and Newborough had to abstain from this part of the meeting as he had already commented on the planning application, which would have led to a conflict of interests.

And so outline planning permission was approved. You can see a recording of the planning meeting on Youtube. Times below:

The City Council will receive Community Infrastructure Levy (CIL) and S106 money for the development. This is money Peterborough City council receive from developers for investment in local infrastructure. As for the CIL, only 15 per cent is guaranteed to be spent in the parish as this goes to the Parish Council. The rest goes into a central pot for Peterborough City Council to spend as they please, anywhere in the city, there’s no guarantee that it will be spent in the village or even close to it.

Section 106 monies will go towards:

And just to emphasise the land extension for the school isn’t being ‘donated’. The cost of the land comes from the S106 money which is a contribution provided by a developer towards the costs of providing community and social infrastructure.

Let’s take a look at policy LP40. Due to the size of the site, the developer also has to comply with policy LP40 before the planning application will be passed, although as said previously some points are very flexible for the developer.

Read our previous coverage of the story:

I have contacted Larkpoint then Allison Homes directly a couple of times, they’ve never responded to my enquiries, so much for community engagement…

Really the only way to reduce any further development in the short term is to have a neighbourhood plan. Something the village’s Parish Council has looked at previously. The risk is the new planning bill could make existing local plans obsolete starting the entire process off again. Local Plans legally have to be reviewed every five years to make sure they are up to date and meet the needs of the local population. The Peterborough local plan is due to be reviewed in 2024 and surely there will be more pressure to open up further land for development.

Any errors please contact us and we will endeavour to correct them.