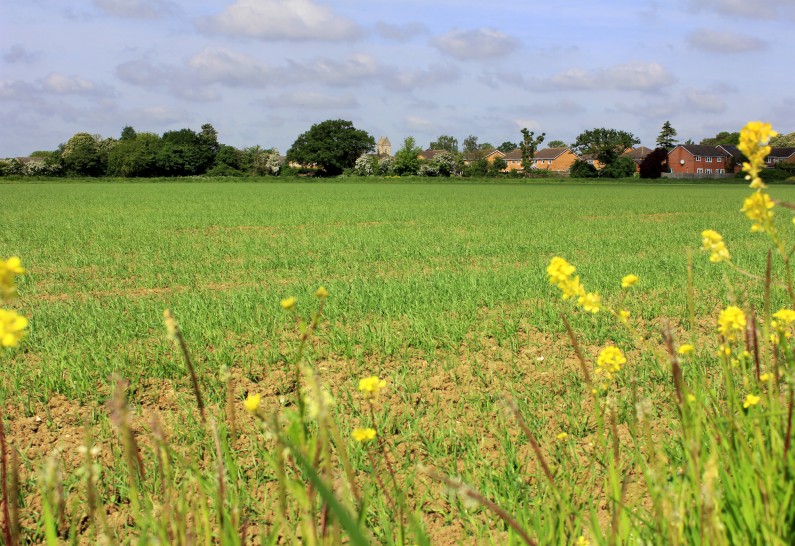 So we arrive at the planning permission stage of this process. Despite concerns by residents that the size of the estate will cause major traffic issues along Eyebury Road at rush hour this ‘project’ has gone ahead anyway and not just for the indicative 250 homes in the local plan but planning permission is being sort for 300, 20 per cent more. The village will have been really let down by Peterborough City Council if this goes through in its current state.

You can make comments on the planning application here.

The last village census in 2011 recorded homes with no car: 13%, one car: 48%, two or more cars 39%. An estate with 300 homes could easily have 500+ cars once complete. If each car enters or leaves the estate once a day that could easily be 1000 extra vehicle movements per day along Eyebury Road, the majority 8-9am and 5-6pm on weekdays. And that ignores, visitors, delivery vans, and other service vehicles.

LP40 was supposed to be the saving grace in all this. At the time we thought this could be answered ‘on the back of a fag packet’ but I was hoping it would mean a more in-depth look at how this development would affect the village. We still hope it will make a difference but my original view seems to have been more or less correct and it has made little difference to the number of houses.

The local plan was approved by the City Council on the 24 July 2019. It contains planning policies for the growth of Peterborough and the surrounding villages up to 2036.

Our ward Cllr Steve Allen’s response at the meeting: “Thank you Mr Mayor. I rise actually to support the local plan. There are reservations which I must speak out about. Eye residents have raised many objections and are rightly concerned the ability of the current infrastructure to handle yet more houses and the resulting increase in traffic in a community that understandable its fair share of development over recent years. The view taken by myself and my fellow ward councillors has always been that we will only support further development in the village if the infrastructure gains are forthcoming to the benefit of all residents. That said I believe the local plan as approved by the inspectors and with us this evening is very comprehensive and well thought out and to the benefit of the whole city. There a lot of excellent work been put in there by officers which I commend.

Although not in the plan I understand now that there are proposals for an east-south relief road from the A47 known as Haynes farm to the Eastern Industry part of Peterborough. This is now high on a project agenda for the local authority. This affective bypass will comprehensively deal with the traffic issues Eye residents face on a daily and morning and evening commute and particularly deal with the problems of the inadequate Eyebury Road rat run with the understanding that the project being firmly on the near horizon addresses my major objection to the development in the village and to that affect I’m happy to support my cabinet colleagues recommendations for the plan adoption.”

The vote for the Local Plan was:

It would have made very little difference if our councillors had voted against the proposal.

In the local plan there are indicative numbers for each area but the number of homes built can be higher than this figure. This has occurred almost every time a developer has made a planning application.

For every house built the council get a CIL (Community infrastructure levy) payment. A flat fee is charged for each square metre of floor area in new developments. For cash strapped councils like Peterborough this is a godsend but some may think this causes a conflict of interests as the more houses that are built the more money the council receives. Eye is also in the moderate value zone which can make it more profitable for house builders. I still don’t know when, why or who divided the city up like this, if you know please let me know.

So to sum it up we say goodbye to a bit more countryside and welcome to 300 new homes. I’m sure if it wasn’t for the national policy which recommends that a separation between towns, cities and villages should be retained the council would already be allowing houses to be built on the fields between the village and the city of Peterborough and Eye would just become another township like Werrington and the Ortons.