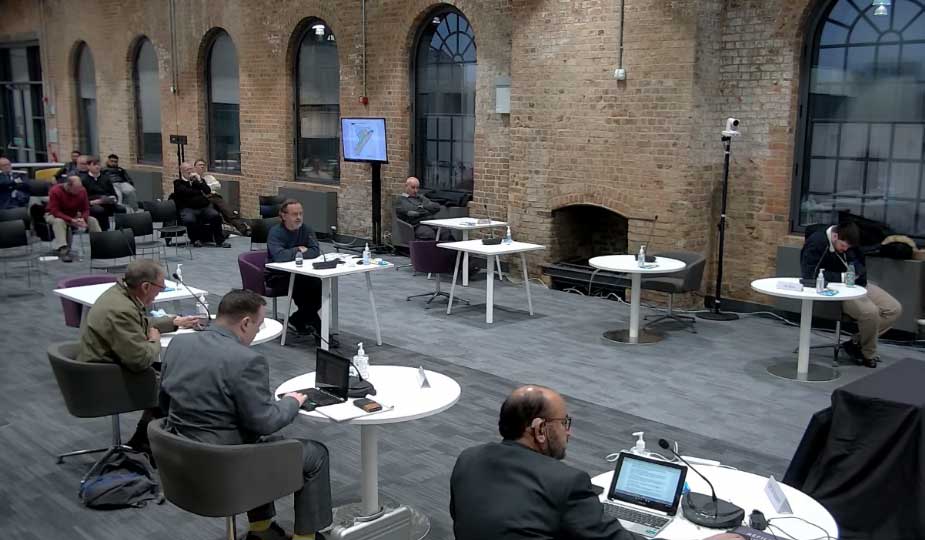 The 264 home for planning application the Tanholt Farm development went before planners on the 25 January 2022. Despite over 350 objections to the development including objections from Eye Parish Council, Ward Councillors and our MP due to its size and location, it was approved seven votes to three. END_OF_DOCUMENT_TOKEN_TO_BE_REPLACED

At a full council meeting on Wednesday 13 March, 2019 Peterborough City Council approved an increase to council tax by 2.99 per cent. Police and Crime Commissioner is rising by 12 per cent and the fire authority by three per cent.

What does this mean for Eye residents?

Band D residences will be paying an extra £64.98 this year. Eye also has the Parish precept. This is charged on each property in the parish to fund the running costs of the parish council and the activities it takes on behalf of the village. This year that is £35.49 for a band D property which will raise £54,750 for the Parish Council. Eye still remains pretty much in the middle of the table with regards the cost of the precept, with villages such as Souththorpe (£8.36) and Orton Loungueville (£10.93) towards the lower end of the scale and Wittering (£65.36) and Castor (£88) the most expensive. The largest increases in the precept by per cent are Bretton with 73.8% and Thorney by 24.8%

END_OF_DOCUMENT_TOKEN_TO_BE_REPLACED

Work is continuing on the Rhubarb Bridge roundabout. Lanes closures have meant long delays on both the A15 and along the A47 towards Eye, especially during rush hour. The £5.5 million pound project includes adding extra lanes as well as pedestrian crossings and improved lighting. END_OF_DOCUMENT_TOKEN_TO_BE_REPLACED

Do you commute by car into Peterborough?

If you do it’s going to become a lot more difficult to park over the coming years. With a growing city, the council is concerned that increasing numbers road vehicles will lead to longer travel times and higher air pollution. One of the ways the council is hoping to control this is by making it difficult to park in the centre so residents will have to use public transport or an alternative method to access the centre. For some areas of the city, especially those on the Citi bus routes this may be less of a problem but not everywhere has such easy access to public transport. Selling council owned car parks also raises funds for the council.

The 2011 census for the village said that only 80 (3.7%) travel to work by bus, but 1,607 (73.4%) travel by car or van. While there is a good cycle path between Parnwell and the city centre the section between Eye and Parnwell is a narrow footpath along a busy road, and not really fit for purpose. We can only hope that one day there will be a proper cycleway and footpath along this section.

END_OF_DOCUMENT_TOKEN_TO_BE_REPLACED

At a full council meeting on Wednesday 7 March, 2018  Peterborough City Council approved a six per cent increase to council tax. The government has allowed councils to increase council tax by 5.99% in 2018-19 which includes 3% rise for social care and a 2.99% increase in standard council tax.

Because of the way council tax is calculated this isn’t the full story. In reality, the adult social care precept has increased by 61 per cent from the £57.75 it was last year to £94.70 it is this year on a band D property.

What does this mean for Eye residents?

Band D residences will be paying an extra £87.38 this year. The police have received a 6.4 per cent increase and the fire authority a three per cent rise. Eye also has the Parish precept. This is charged on each property in the parish to fund the running costs of the parish council and the activities it takes on behalf of the village. This year that is £35.45 for a band D property which will raise £54,475 for the Parish Council. The number of houses being built in the village has actually meant this has been slightly reduced from last year. In 2016/17 it was £35.12 and in 2017/18  it was £35.80.

At a full council meeting on Wednesday, March 8, 2017 councillors approved a five per cent increase to council tax, the maximum allowed without a local referendum. Read the full story in the Peterborough Telegraph here. Prime Minister Theresa May gave councils permission to increase council tax by three per cent in 2017/18 on top of the 1.99 per cent general rise that was already approved.

END_OF_DOCUMENT_TOKEN_TO_BE_REPLACED 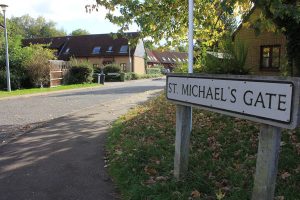 Paul: Before we get onto the families there have been accusation that Peterborough City Council only got involved when the media got involved, that they’ve messed up here, that they could have brought these houses, that the right hand didn’t know what the left hand was doing. Some have said its solar panels mk2.

Ed: I think it is solar panels mk2. That cost £3.5 million that we wasted on that before the council saw sense and did what people were telling them and did the sensible thing. On this one now we’ve got people saying it doesn’t make sense. At the call in on Wednesday night one of the officers admitted that they knew about St Michael’s Gate in May.

Paul: But we had someone on this show saying they didn’t. END_OF_DOCUMENT_TOKEN_TO_BE_REPLACED

St Michael’s Gate is just south of parish border. Tenants at 74 homes are being evicted by a private firm which did a deal with the council to move its homeless people into the properties. The story hit national news and Peterborough MP has asked for a debate around the subject in The House of Commons. Below is a transcript of the Radio interview taken on Friday 21 October 2016.

Paul: Not good news for the tenants in Peterborough. Remember we broke the story a couple of weeks ago now brought it to you that they were being evicted from their houses just before Christmas for no reason really other than profit. Buts there’s been another week of twists and turns in the saga. You remember around 70 families in Parnell faced eviction from their homes after this deal had been struck by Peterborough City Council with a property provider. Well, the deal we see residents thrown out and replaced with homeless people who are currently being put up in travel lodges across the city. Then the property developer will slice up the houses and make more accommodation and make more money.
END_OF_DOCUMENT_TOKEN_TO_BE_REPLACED 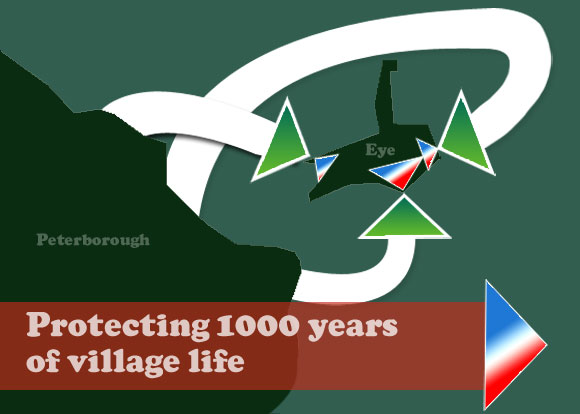 In 2010 Peterborough City Council released its Site Allocations Development Plan Document, which outlined how the city and its surrounding area could be developed up until 2021. The plans for Eye included plans to build 305 homes, 10 travellers’ pitches and a plot for travelling show people to be built in the village. Added to this will be the Norwood development (2,300 homes plus industry – (UE002 on consultation now SA1.5)) just outside the parish boundary but within easy walking distance of the village.