Established in 1952, Dalton Seeds is one of the largest independent, family-owned seed businesses in the UK. They produce a full range of cereals, pulses and oilseeds.

John Dalton was still working for Finney Seeds when he decided to launch out on his own after a considerable number of years in the seed trade. It was a brave decision in those days as he was nearly 50 years old but he soon gave up his secure job to concentrate on Daltons. Initially, the company operated from Little Stukely but expansion soon led to a move to Padholme Road, Peterborough, in what had previously been a large garage, but two years later they made their final move to Eye.

Even in the early days, the Daltons were winning awards. At the Peterborough Agricultural Show in 1962, their first trade stand at the show won a prize. “Mr. and Mrs. J. E. Dalton, with their nephew and his wife, Mr. and Mrs. Ronald Fox, have been developing over the past seven years a thriving corn seed and fertiliser business, were highly delighted on Wednesday when they learned that their first trade stand at the Peterborough Agricultural Show, into which both couples had put so much hard work, had won the J. W. E Challenge Cup. Rising strikingly in squares of two shades of grey to Dalton Ltd flags on the top, the stand had the capacity to catch the eye and then interest visitors in the company’s products. Set into the towering side of the stand were “pictures” arranged from the flowers and vegetables grown from Dalton seeds. The stand also featured Dalton’s new winter wheat called ‘Euro’, which is claiming the interest of an increasing number of agriculturalists because of its toughness in the face of adverse weather, combined with good milling qualities.

You can read more about the history of Dalton here. 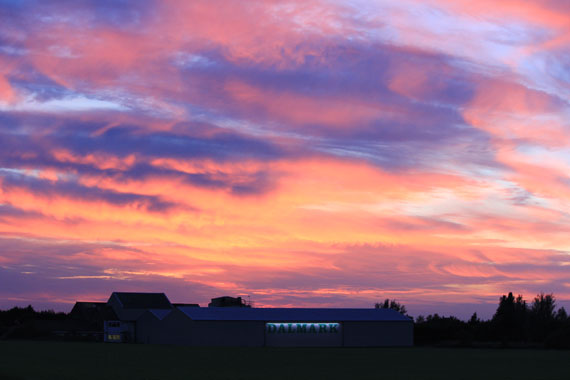